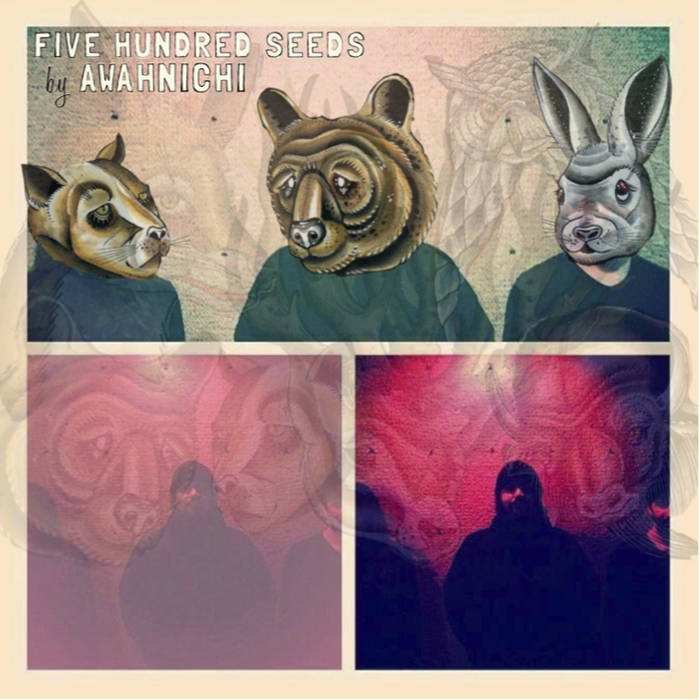 After RC Essig put his former band, El Olio Wolof to sleep, RC started writing songs as Awahnichi. Being a Yosemite Valley Miwok Indian, RC wanted to put together an album filled with stories based on different characters from Yosemite Valley.

RC played solo as Awahnichi later adding Vanessa Hofmann to play the parts he had in his head for accompaniment. Lacking the rhythm that RC felt was needed, versatile drummer Dante Johnson joined the group to flush out the sound. The three piece took to the studio allowing the overlapping characters and the dark tones of Awahnihci to be put into a recording.

When it came to recording there was only one place RC had in mind, S.D.R.L. in San Diego, CA. Being a fan of the dark side of music that has come out of San Diego he felt that recording at S.D.R.L., started by Pall Jenkins (The Black Heart Procession), and Brad Lee (Album Leaf) was a no brainer.

Awahnichi achieves a rare victory for true storytellers with poetic tales of sorrow and beauty.

Awahnichi's songs are patient, tender and simple and they capture crowds with the profound
meaning of the stories they share.

Bandcamp Daily  your guide to the world of Bandcamp

New sounds from Mavi, Ivy Sole & Moderator, plus AJ, the One joins the show, for her latest release